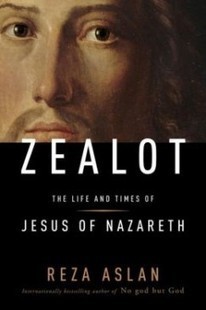 When this book author went on the Fox News Channel, he encountered a biased anchor. He handled it so well, his book soared to #1 on Amazon’s bestseller list.

I’ve seen a lot of biased, ill-informed, and journalistically lazy interviews through the years, and this one was one of the worst. But the author who was the target of the anchor’s ire stood up to her questions well—and, in part due to his deft handling of that interview, currently has Amazon’s top-selling book.

Writer Reza Aslan—a prolific author who holds a Ph.D. in the sociology of religion—appeared on the Fox News Channel to discuss his new book, Zealot: The Life and Times of Jesus of Nazareth. Fox News anchor Lauren Green went into the interview clearly skeptical of the book—less for its content, about which she was clearly unfamiliar—but because Aslan is Muslim. And a Muslim writing about Jesus was just too much for her to take….

Open letter to The Lone Ranger